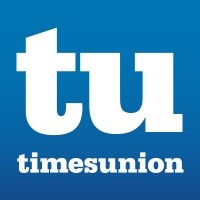 Farmworkers across the nation, the men and women who plant, cultivate and harvest the fruits and produce that we put on our tables, continue to strive for equality and justice. Their work, however, is not covered by many important labor protections granted to most other workers nationwide.

The New York Legislature ended its latest session without approving essential legislation that would have granted farmworkers the most basic labor rights such as fair wages and overtime pay; a weekly day off; unemployment and worker’s compensation benefits; safe working conditions and collective bargaining.

Another big challenge is health care. Farmworkers, migrant and not, are among the most medically vulnerable populations in the country. Agricultural workers often toil under harsh weather conditions, for extremely long hours of up to 70 hours a week in season, sometimes operating dangerous tools and machinery; they may be exposed to pesticides, and face other environmental risks. Poor health is common, and access to health care services that address the unique circumstances of farmworkers is a vital need.

Although migrant health centers in both Medicaid expansion and non-expansion states saw declines in their uninsured rates in 2013-14, the reduction was steeper in states where Medicaid expansion has been implemented, for example, in California and New York, in comparison to Florida and Texas.

The numbers reveal that that if Medicaid expansion is extended in every state, and funding for migrant health centers is sustained, the number of farmworkers served can continue to increase, while the number of those uninsured and underinsured will decrease further.

In 2014, nearly 900,000 migrant farmworkers and their families were served by community health centers across the country. In New York, where agriculture is a vital part of the state’s economy, HRHCare, serving the Hudson Valley and Long Island; Finger Lakes Community Health in Central New York, and Oak Orchard Health in the western part of the state, are great models that prove that the formula works. So why not improve access and strengthen this vital community resource in every state?

Feygele Jacobs is the president and CEO of RCHN Community Health Foundation. The study, “How are Migrant Health Centers and their Patients Faring Under the Affordable Care Act,” can be found at rchnfoundation.org.